The Rangers went 211-287 during Woodward's tenure as manager

Bochy, who won three World Series with San Francisco Giants, including over the Rangers in 2010, signed a three-year deal with the team.

"On behalf of the entire organization, I want to welcome Bruce and Kim Bochy to the Texas Rangers," said Rangers Executive Vice President & General Manager Chris Young, who played for Bochy with the San Diego Padres in 2006. "In his 25 years with San Diego and San Francisco, Bruce was one of the most successful and respected managers in Major League Baseball."

Bochy's final year with the Giants was 2019. He has spent the past three seasons as a Special Advisor for San Francisco. 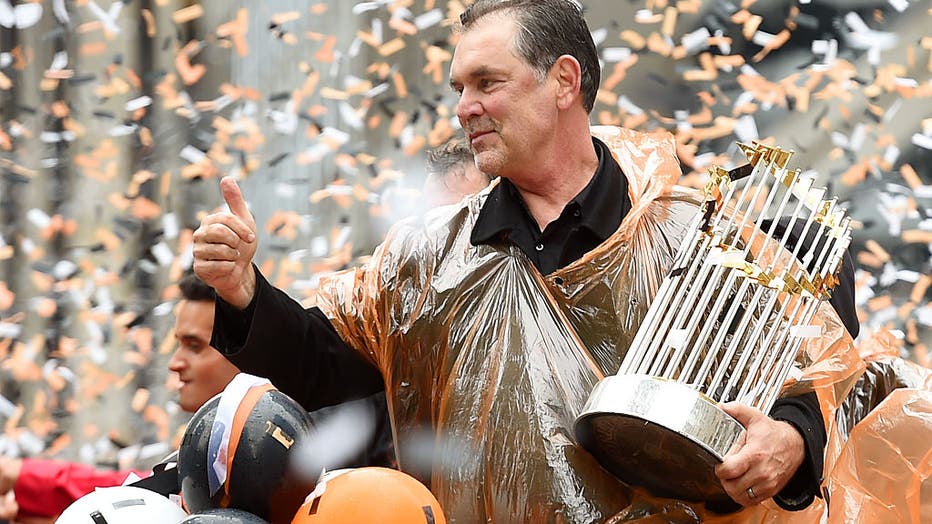 "I am incredibly excited to be joining the Texas Rangers," said Bochy. "Over the last several days, I’ve had extensive conversations with Chris Young and other individuals in the organization, and I had the chance to meet with Ray Davis. Their vision and commitment to putting together a club that can contend and win year in and year out is impressive, and I became convinced I wanted to be a part of that."

The 67-year-old is one of just 10 managers in MLB history to win at least three World Series titles. Bochy, a former catcher, also played nine seasons in the majors for Houston, San Diego and the New York Mets.

Bochy is the first Texas manager with previous Major League experience since Buck Showalter was hired in 2002.

An official press conference will be held to introduce Bochy at Globe Life Field on Monday, Oct. 24 at 11 a.m.