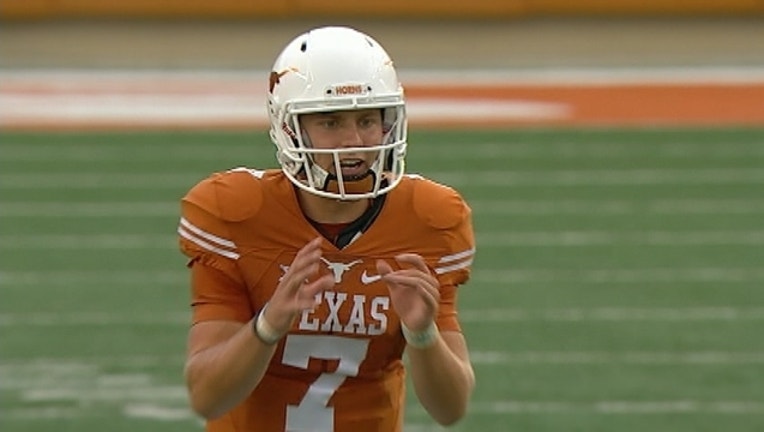 AUSTIN, Texas (AP) - Texas backup quarterback Shane Buechele will transfer to SMU once he graduates in May.

Buechele placed his name in the NCAA transfer database last month but didn't reveal his destination until an announcement on Twitter on Thursday .

Buechele was the Longhorns starter in 2016 when he set several Texas freshman passing records. He was No. 2 behind Sam Ehlinger this past season as Texas went 10-4 and beat Georgia in the Sugar Bowl.

Buechele played in two games in 2018 when Ehlinger injured his throwing shoulder, and guided Texas to wins over Baylor and Iowa State. Because he was still able to redshirt last season, he will have two seasons of eligibility at SMU as a graduate transfer.

His departure will leave Texas with no quarterbacks with any game experience behind Ehlinger next season.