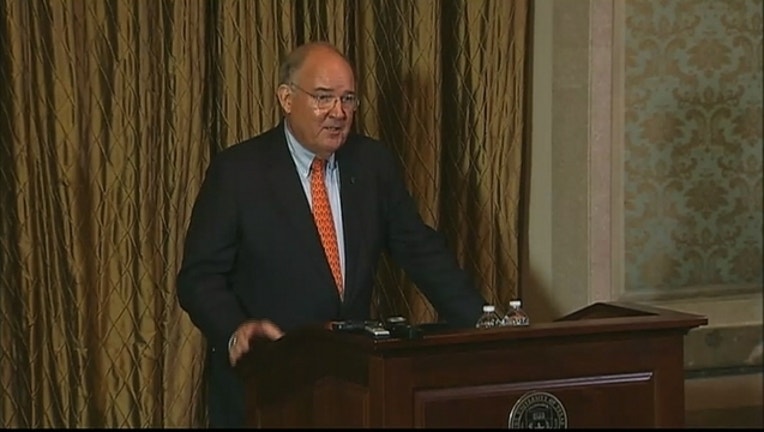 AUSTIN, Texas (AP) — Interim Texas athletic director Mike Perrin says he will be reaching out to the "entire Longhorn nation" of fans and donors who had been angered by the policies of his predecessor.

Perrin was introduced Wednesday, a day after athletic director Steve Patterson departed after two years on the job in which he alienated large groups of supporters who were staying away from games and threatening to withhold money.

Perrin is a Houston trial attorney and former Texas linebacker who played in the 1960s. He says university President Greg Fenves called him about the job on Labor Day.