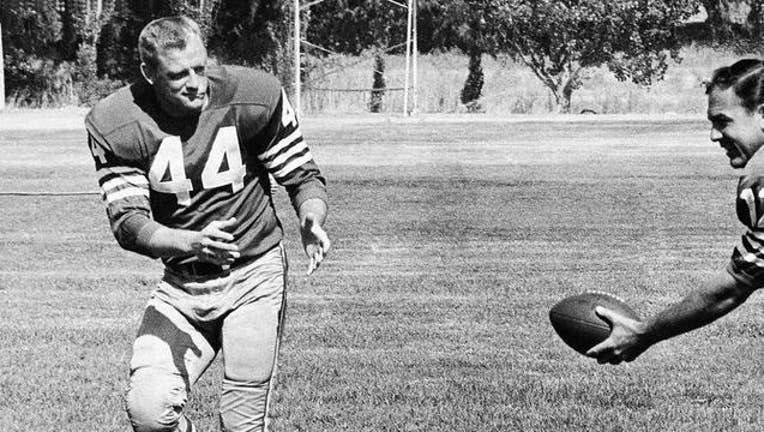 COLLEGE STATION, Texas (AP) - John David Crow, the bruising running back who won the 1957 Heisman Trophy with Texas A&M before a Pro Bowl career in the NFL, has died. He was 79.

He was the first Heisman winner for the Aggies, who were coached at the time by Paul "Bear" Bryant. During the 1957 season, Bryant famously said: "If John David Crow doesn't win the Heisman Trophy, they ought to stop giving it."

Crow was the second pick in the 1958 NFL draft and was a four-time Pro Bowl selection in a professional career with the Chicago/ St. Louis Cardinals and San Francisco 49ers.

He coached with Bryant at Alabama and later returned to Texas A&M to work in the athletic department.