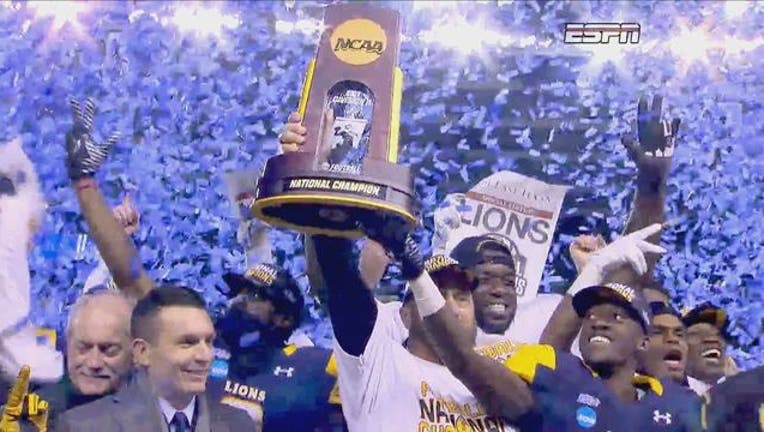 Perez completed 23 of 30 for 323 yards and two touchdowns. The Harlon Hill Award winner is the first quarterback to throw for more than 300 yards in the title game since 2005. He finished the season with 4,999 passing yards.

E.J. Thompson's 9-yard touchdown run put the Lions up 27-17 midway through the third quarter. Following a West Florida field goal, Perez hit Marquis Wimberly with a 40-yard pass to open up a two-touchdown lead at the end of the third quarter.

Commerce dominated the stats, outgaining the Argonauts 477 to 276 in total yards, but four Lions turnovers kept West Florida in the game. The Argos managed just 13 points off those turnovers.

Texas A&M-Commerce opened the game with a 97-yard touchdown drive, capped by a 50-yard scoring strike from Perez to Shawn Hooks. Following a failed Lions fake punt, West Florida responded with a 10-play, 49-yard drive. Chris Schwarz plunged in from the 1 for the tying score.

It didn't take long for Commerce to respond, as Reggie Kincade returned the ensuing kickoff 99 yards for a touchdown. It was the first kickoff return touchdown in the championship game since 2012. The Lions got two field goals to stretch the lead to 20-7 before a 20-yard touchdown from Beaudry to Antoine Griffin cut the lead to 20-14 at halftime.