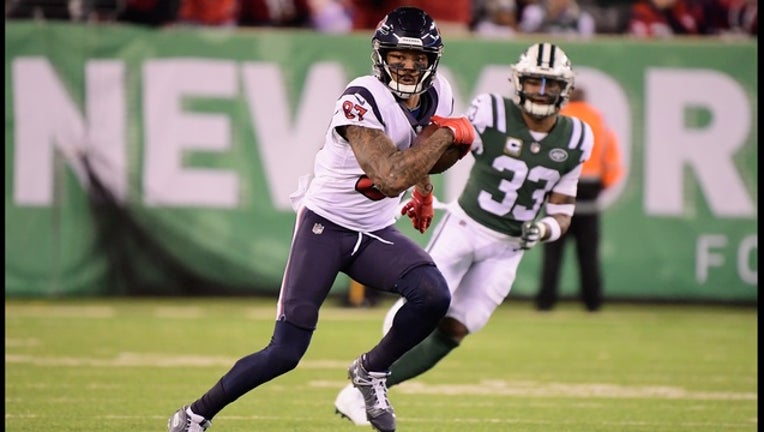 Wide receiver Demaryius Thomas of the Texans runs the ball against strong safety Jamal Adams of the Jets during the second quarter at MetLife Stadium on December 15, 2018 in East Rutherford, New Jersey. (Photo by Steven Ryan/Getty Images)

Thomas played seven games for Houston last season, making 23 receptions for 275 yards and two touchdowns. He was acquired in October from Denver for a fourth-round draft pick this April. The Texans and Broncos also switched seventh-round selections.

The injury occurred in Houston's next-to-last game. He would have made $14 million in the upcoming season, the last of his contract signed with the Broncos.

For his nine pro seasons, Thomas has 688 catches for 9,330 yards with 62 touchdowns. He has made four Pro Bowls and won the 2015 NFL title with the Broncos.