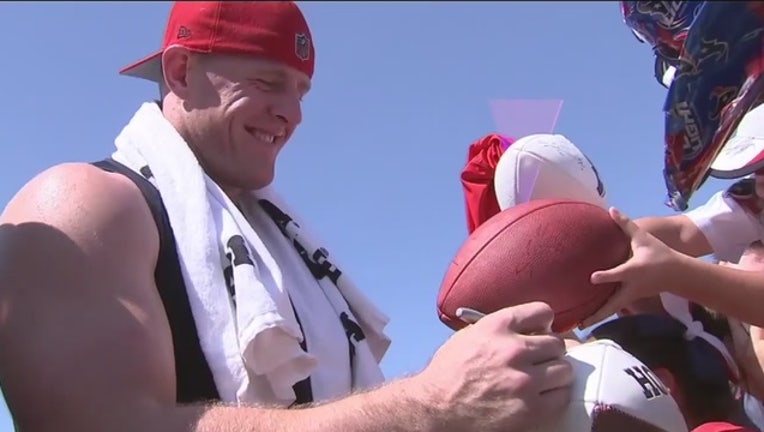 HOUSTON (FOX 26) - NFL sources confirmed for FOX 26 Sports that Houston Texans star defensive end J.J. Watt re-injured his back and could be lost for the season.

Sources indicate Watt injured a disc in his back. The Texans announced on Wednesday that Watt will be placed on injured reserve and would sign free agent defensive end Antonio Smith to the active roster. Smith last played with the team in 2013. He was on the Oakland Raiders roster in 2014 and the Denver Broncos roster in 2015.

Watt will see a specialist to determine if the injury can heal on its own or he will need surgery.

While it is unlikely Watt will return this season, that decision has not been reached yet.

Watt underwent surgery in July to repair a herniated disc and missed all of training camp and the preseason.

He returned to action in time for the regular season opener against the Chicago Bears, keeping intact his streak of having never missed a regular season NFL game.

That streak ends, and now it is a question of how long he will be out, which could be for the season.

The Texans have yet to comment on Watt's situation.

The NFL Network was the first to report the news on J.J. Watt