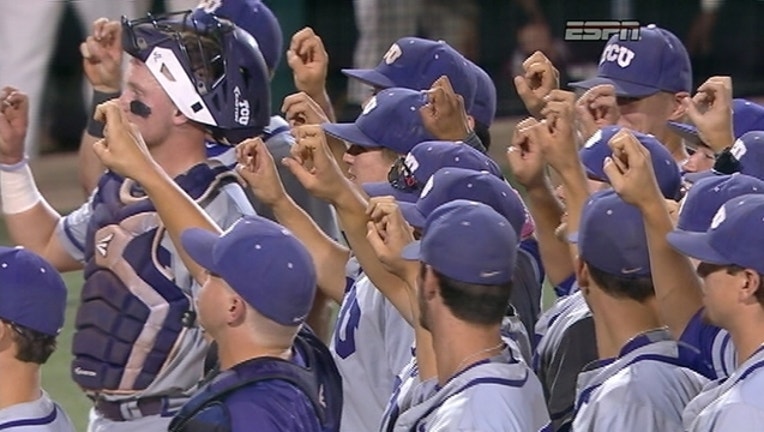 Howard (8-2) struck out nine with no walks and retired the last 17 batters he faced after David Greer's RBI single in the third inning.

The Horned Frogs (45-15) will play in an NCAA Super Regional for the sixth time in eight years. TCU went to the College World Series the past two seasons.

Warner had an RBI double when TCU went ahead to stay with three runs in the second off Eder Erives (6-2). Warner's two-run homer, his fifth of the season and second in the Fort Worth Regional, came in a four-run eighth.