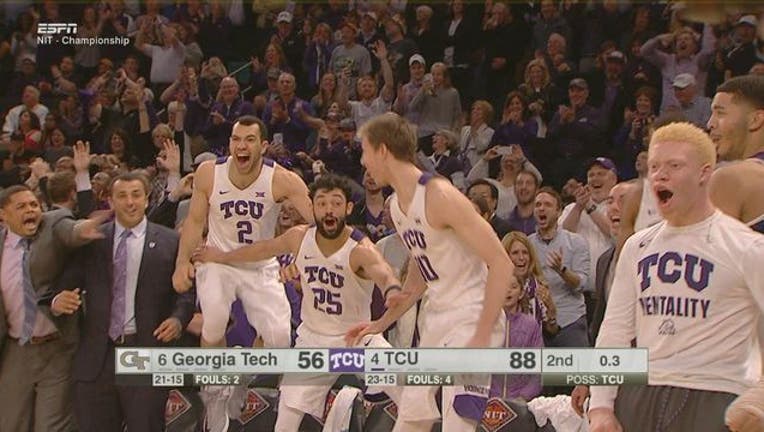 TCU opened with a 20-3 run on its way to the program's first NIT title. Vlad Brodziansky scored 18 points for the Horned Frogs (24-15), and Alex Robinson had 10 points and 11 assists.

Williams was named the tournament's Most Outstanding Player.