The TCU Horned Frogs are in Phoenix for their first College Football Playoffs appearance. The team has been preparing all week but some of the preparation has been fun -- including a fresh haircut and good food.

DALLAS - The TCU Horned Frogs are in Phoenix, Arizona as they prepare for their first College Football Playoffs appearance.

The No. 3 Horned Frogs face the No. 2 Michigan Wolverines in the Fiesta Bowl on Saturday.

How to watch TCU vs. Michigan in the Fiesta Bowl - channel, stream, and more

It’s a pretty big deal for North Texas. TCU is also the first Texas team to make it to a College Football Playoff.

All eyes will be on TCU’s defense. That could be the key to success in the Fiesta Bowl. 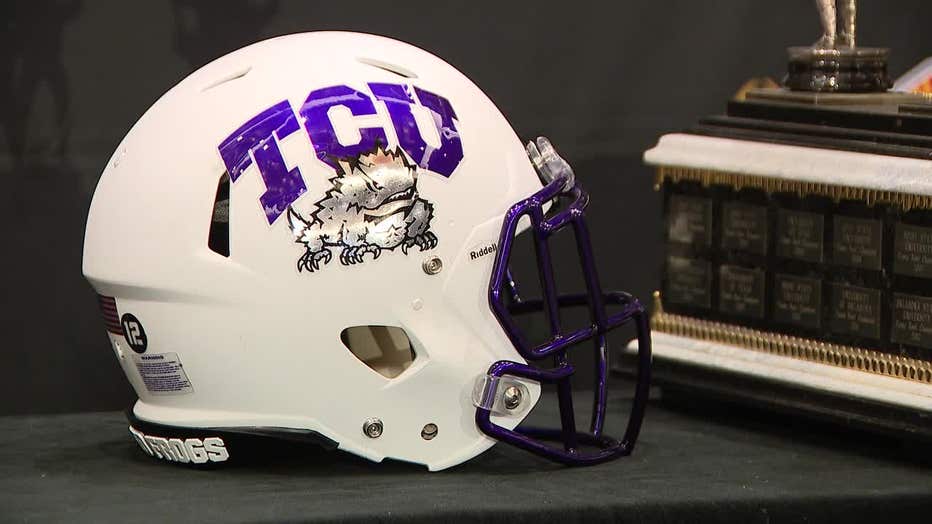 The Horned Frogs didn’t make it to a bowl game last year.

But head coach Sonny Dykes turned the program around in his first season. The team went undefeated in the regular season.

Even more impressive, the team’s starting quarterback got hurt in the season opener. Max Duggan has led the way ever since, becoming a Heisman finalist.

TCU has been in Arizona all week preparing for the game. But some of the preparation has been fun, including a fresh haircut and good food.

"Our goal is to get our team there as fast and fresh as we possibly can and at the same time with a very physical mentality. And I think hopefully we’ve accomplished those goals and look forward to getting to the game on Saturday," Coach Dykes said.

The winner will play in the national championship game.