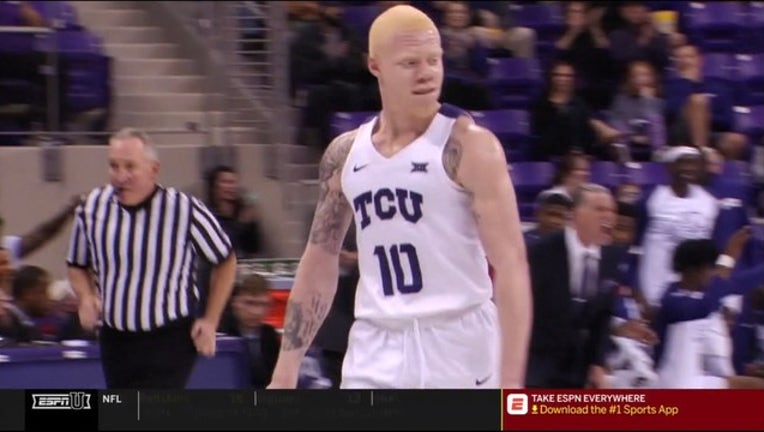 FORT WORTH, Texas (AP) - TCU junior point guard Jaylen Fisher will miss the rest of this season because of ongoing issues with his surgically repaired right knee and he will not return to the program next season.

"Obviously we haven't had him for a while," coach Jamie Dixon said Thursday. "He's been in and out for really three years, so it's something we've always known was a possibility given the history and the number of surgeries."

Dixon said Fisher has had surgery six times in the past three years. Fisher broke his left wrist late in his freshman season and has since had torn meniscus in both knees.

In a post to TCU fans on social media, Fisher said he decided to leave the program "after a lot of time and conversation with family and friends." He didn't reference the injuries or where he might play next.

"The memories of rebuilding a basketball program with and for my classmates, fans, and teammates will be cherished forever," Fisher wrote. "I just thought at this point in time it is best to continue elsewhere."

If granted a medical redshirt, the 6-foot-2 guard from Memphis could have two seasons of eligibility remaining at another school. He played in only nine games this season for the Horned Frogs (13-3).

"We're supporting him in every way possible, whatever that decision may be," Dixon said. "His intention is to finish classes this spring, and then see if he can continue to play, or maybe need to go down a level to do that."

Fisher will remain on scholarship while attending classes at TCU this spring, and will continue to receive regular medical treatments on campus.

He last played Christmas Day during a tournament in Hawaii. Fisher was with the team for its first two Big 12 games, but wasn't on the bench for the last two games, including Tuesday night's 98-67 home win over West Virginia. In 61 career games for TCU, Fisher averaged 10.9 points and 4.2 assists per game. He was the highest-ranked recruit ever to sign with and play for TCU.

Fisher missed the second half of last season, and the school's first NCAA Tournament appearance in 20 years, after tearing meniscus in his right knee last January. He needed additional surgery on that knee in the fall, and had been dealing with swelling and soreness throughout this season.

His freshman season in 2016-17 ended when he broke his wrist in TCU's NIT opener before the Frogs went on to win the tournament. He averaged 9.9 points and led all Big 12 freshmen with 4.0 assists in his 35 games that season, Dixon's first at his alma mater.

After recovering from the wrist injury that summer, Fisher tore the meniscus in his left knee during a workout and missed a team trip to Australia while rehabbing to be ready for the start of his sophomore season.