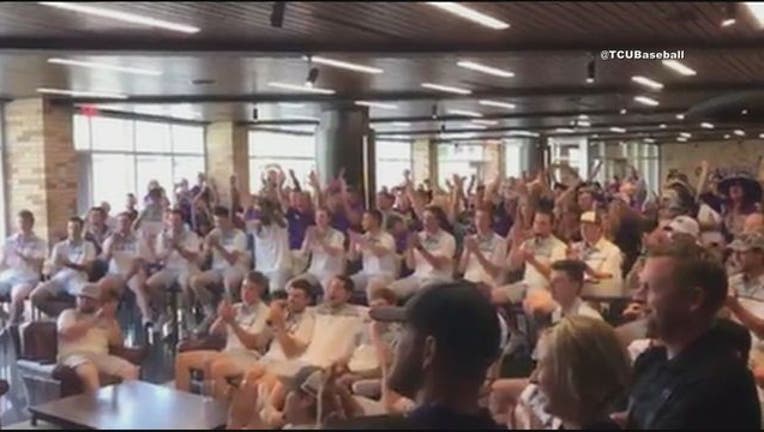 OMAHA, Neb. (AP) - Oregon State has put together the best season by any team in 35 years, and the Beavers' work was rewarded Monday when they were made the No. 1 national seed for the NCAA Division I baseball tournament.

After narrowly missing the tournament last year, the Beavers went 49-4 and set a Pac-12 record with 27 conference wins. They'll go into the tournament with the fewest losses since Texas entered 53-4 in 1982, according to Associated Press and NCAA research.

"I can't tell you that I'd ever think that anybody should be 49-4," Oregon State coach Pat Casey said. "Forty-nine and four is pretty special, we get that, and we're aware of that and it's impressive. But it means nothing from here forward."

North Carolina (47-12), which also failed to make the tournament in 2016, is No. 2 after winning 18 of its last 22 games. The Tar Heels lost in the Atlantic Coast Conference tournament won by Florida State.

Florida (42-16), the top seed in 2016, is No. 3 despite not reaching the Southeastern Conference final, and is followed by LSU (43-17). The Tigers are a national seed for an NCAA-record sixth straight year.

Play begins Friday in 16 regionals. Winners advance to eight best-of-three super regionals. Those winners move on to the College World Series in Omaha.

Coastal Carolina (37-19-1) will not be able to defend its 2016 national championship. The Chanticleers won the Sun Belt Conference regular-season title in their first year in the league, but lost in the quarterfinals of the conference tournament.

Also missing is Miami (31-27), whose 44 consecutive appearances was the longest postseason streak in any NCAA sport.

"Needless to say, I'm disappointed," Hurricanes coach Jim Morris said. "I thought we had a chance. I thought we were in until yesterday when we had all the upsets (in conference tournaments). I'm looking at all the scores and knew the more upsets, the less chance for an at-large."

The Hurricanes were hard hit by the major league draft last year and beset by injuries. They won six of seven to end the season.

"Looking at their resume, they had some metrics that were very good," said selection committee chairman Scott Sidwell, the athletic director at San Francisco. "At the end of the day, for our group, they had 30 Division I wins. One was against a non-Division I team. For us, it was the number of wins they had, and it didn't stack up for an at-large."

The Southeastern Conference led the nation with eight teams selected. The Atlantic Coast Conference and Big 12 each had seven teams picked, and the Big Ten tied the conference record it set two years ago with five teams in the field.

The reward for Holy Cross is a first-round game at Oregon State on Friday.

Oregon State has been especially tough in close games, going 18-2 in matchups decided by one or two runs.

"The one thing that we acknowledge," Casey said, "is there are a lot of games that could have gone either way, and we could have lost those games, but we didn't. The pattern of winning games that are close speaks volumes for the way they stayed with it."