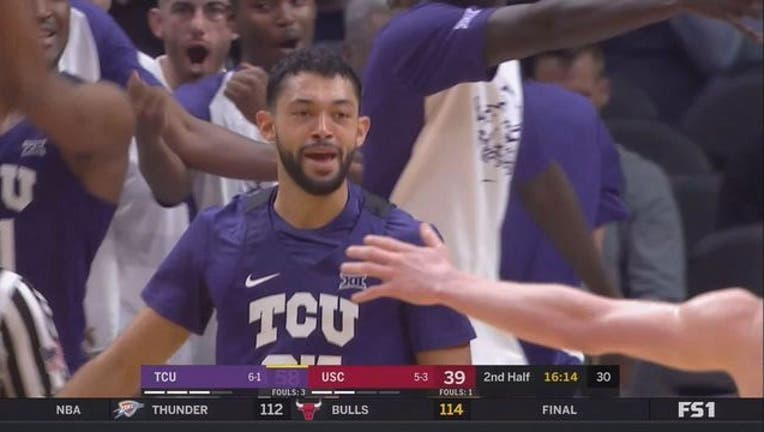 The Horned Frogs (7-1) dominated throughout in front of a slew of NBA executives and scouts at Staples Center.

USC (5-4) never made a sustained run in dropping its second in a row. Bennie Boatwright scored 14 points and Nick Rakocevic added 13, making 9 of 10 free throws.

The Horned Frogs breezed to a 20-point halftime lead on their way to piling up a season-best 96 points.

They went up by 30 midway through the second half when Desmond Bane, Robinson, Noi and Miller combined to score TCU's first 30 points.

The Trojans shot a season-low 32 percent and committed a season-high 20 turnovers that led to 27 points for TCU.

TCU: The Horned Frogs controlled the boards, 41-33, led by a career-high 13 from Kevin Samuel. ... The game marked a homecoming for coach Jamie Dixon, who is from nearby North Hollywood.

USC: The Trojans tied their lowest point total of the season. ... They also play their next two games away from Galen Center.