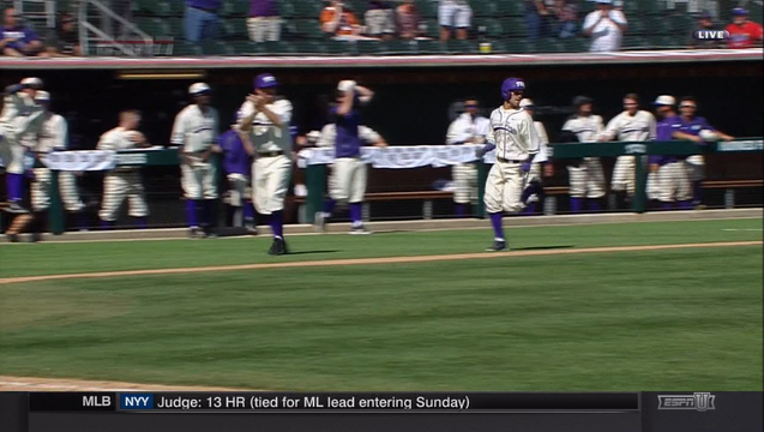 Janczak, an All-Big 12 first-team pitcher, gave up three hits and struck out eight to improve to 8-0 on the season. Elliott Barzilli had three hits and Cam Warner knocked in two runs for the Horned Frogs (40-15).

Josh Watson's RBI double scored Barzilli and helped TCU put up three runs in the bottom of the second to take control. TCU led 9-0 before Oklahoma's rally came up short in the top of the ninth.