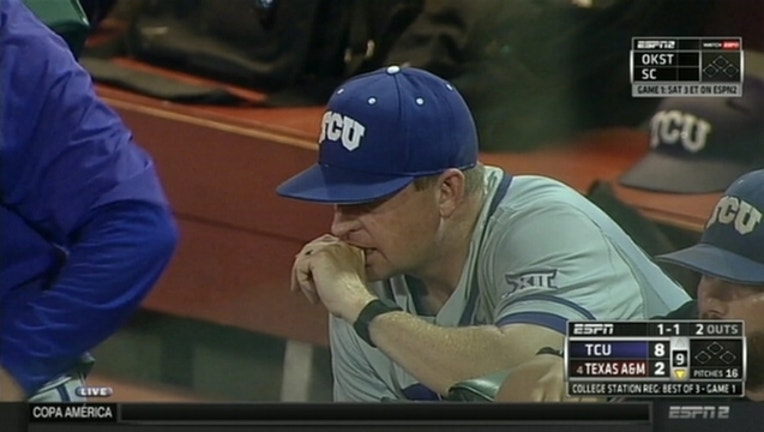 Baker gave TCU a 5-2 lead with his third-inning homer. He scored again in the fifth, advancing from second on a wild pitch, and Ryan Merrill's double later in the inning scored two more.

The Horned Frogs (46-15) held on to move one win from a third straight College World Series berth. The No. 4 seed Aggies (48-15) were eliminated by TCU in last season's super regional.

TCU took the early lead, scoring two in the top of the first. Texas A&M answered with Michael Barash's two-run double in the bottom of the frame.

Janczak (7-3) kept the Aggies scoreless for the rest of his outing, allowing six hits in earning the victory.