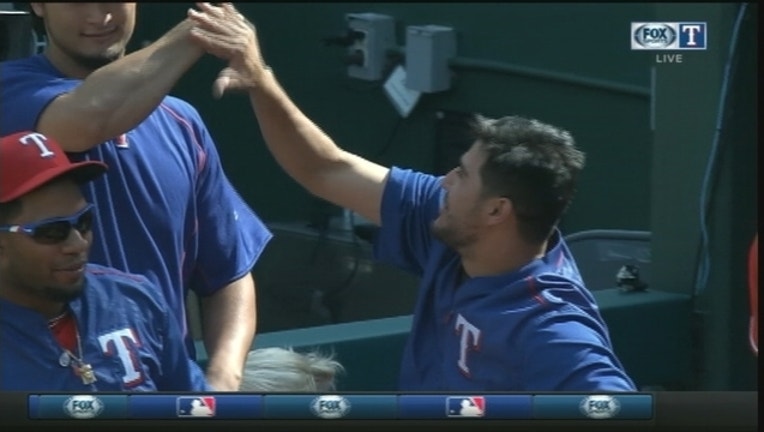 Texas starter Martin Perez (3-4), with a history of getting rattled in jams, escaped an inning with a runner at third and no outs for the second consecutive start. The left-hander gave up two runs in six innings and finished May with a 2.23 ERA.

Fielder ended a 34-game homer drought with his third of the season leading off the fourth. Moreland, who stopped a 1-for-27 skid with a homer Saturday, hit a three-run shot halfway up the upper deck in right field for his sixth, making it 4-2.

Pittsburgh lefty Francisco Liriano (4-4) had yet to give up a homer to a left-handed hitter this season.