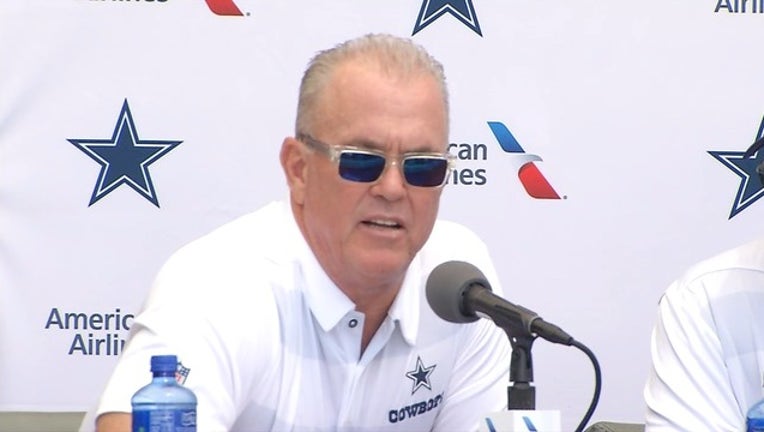 Cowboys owner Jerry Jones said during Wednesday’s opening press conference for training camp that the team’s players will stand for the anthem “toes on the line” and be punished if they opt to stay in the locker room.

Stephen, the team’s COO and Director of Player Personnel, said during an interview with KTCK 1310 AM (The Ticket) on Thursday that there’s no wiggle room on ownership’s expectations. He was asked if he believed players would comply.

"If they want to be a Dallas Cowboy, yes,” Stephen said.

Stephen said there’s an organization-wide belief on how to handle the anthem.

He added that game day is not the time for players’ causes to take center stage. He believes that’s best left to time players are off the field.

Last week, the NFL and the players' union agreed to suspend a rule approved by owners in the spring that gave players the option of staying in the locker room while allowing teams to discipline players who took a knee or sat during the anthem.

The issue became a lightning rod in the nation’s culture wars during last season when President Donald Trump attacked players who kneeled during the anthem at a rally.