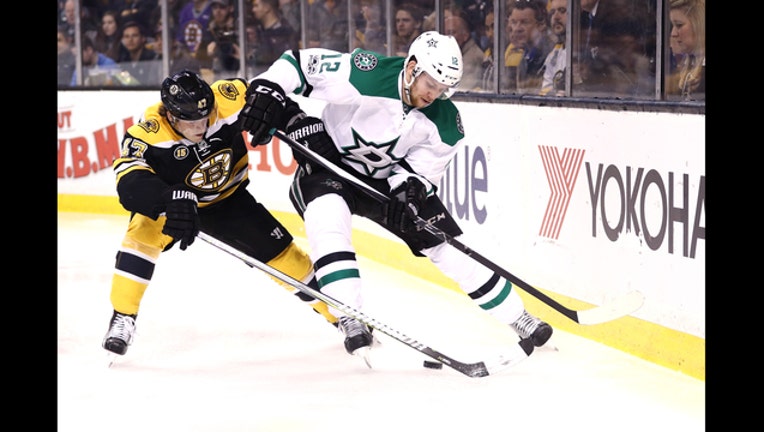 BOSTON, MA - MARCH 30: Torey Krug #47 of the Boston Bruins defends Radek Faksa #12 of the Dallas Stars during the second period at TD Garden on March 30, 2017 in Boston, Massachusetts. (Photo by Maddie Meyer/Getty Images)

Faksa is coming off his first full NHL season, when he had 12 goals and 21 assists in 80 games. The 23-year-old center was drafted 13th overall by the Stars in 2012. He has played in 125 regular-season games and 13 playoff games the past two seasons.

When announcing the deal Monday, general manager Jim Nill said Faksa has proven his value at both ends of the ice and the Stars fully expect him to only get better.