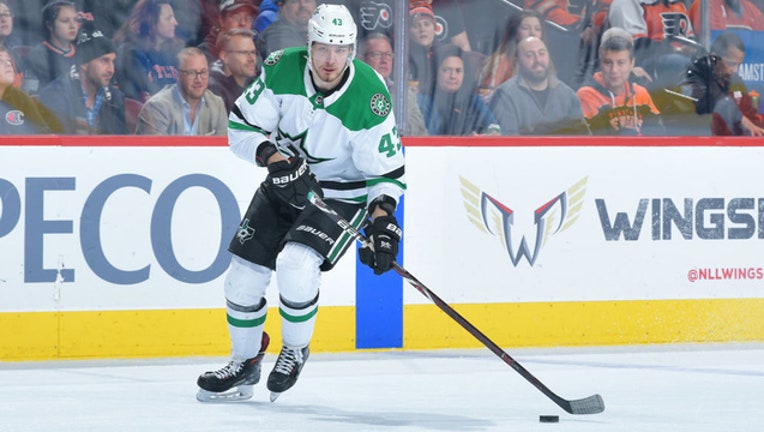 A person with direct knowledge of the decision tells The Associated Press the Dallas Stars have placed former first-round draft pick Valeri Nichushkin on waivers to buy out the final year of his contract.

The person spoke to the AP on the condition of anonymity because the Stars did not announce the move made Saturday, two days before the start of the NHL's free agency period.

The 24-year-old Nichushkin is from Russia and was selected by Dallas with the 10th pick in the 2013 draft. The forward had no goals and 10 assists in 57 regular-season games last year and appeared in just one playoff game.

Overall, Nichushkin had 23 goals and 51 assists in 223 games with Dallas over four seasons. He was set to count $2.95 million against the Stars' salary cap next season.

The Vancouver Canucks announced they placed center Ryan Spooner on waivers to buy out the final year of his two-year, $8 million contact. The seventh-year player had three goals and nine points in 52 games with the Canucks, Edmonton Oilers and New York Rangers last season.