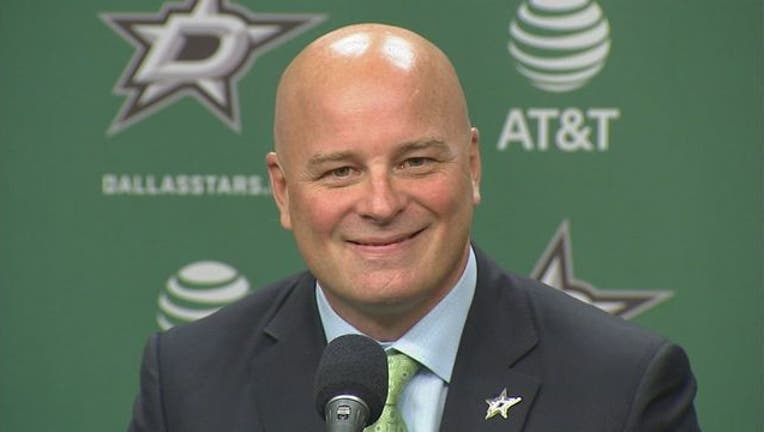 DALLAS (AP) - The Dallas Stars have made Jim Montgomery the second head coach in three years to go from the college ranks to the NHL.

Montgomery was introduced Friday as the new coach of the Stars. Montgomery was 125-57-26 the past five seasons at the University of Denver, including a national title in 2016-17. As a player, he was part of a national championship at Maine in 1993.

This is the third coach Jim Nill has hired since becoming the Stars general manager five years ago. Montgomery is a departure from the previous two, grizzled NHL veterans Lindy Ruff and Ken Hitchcock.

Hitchcock, who coached the Stars to their only Stanley Cup title in 1999, returned as their coach for only one year before retiring last month and becoming a consultant for the team. The Stars have missed the playoffs eight of the last 10 seasons.

Philadelphia has made the playoffs in two of the three seasons since Dave Hakstol was hired by the Flyers out of collegiate power North Dakota.