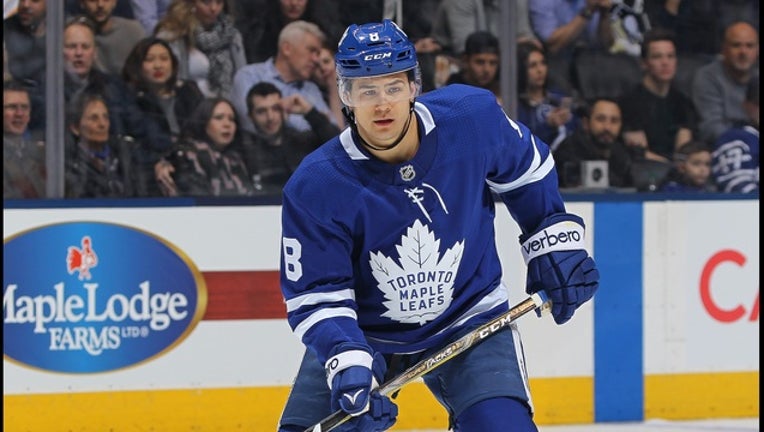 Connor Carrick of the Toronto Maple Leafs skates against the Penguins during an NHL game at the Air Canada Centre on March 10, 2018 in Toronto, Ontario, Canada. The Maple Leafs defeated the Penguins 5-2. (Photo by Claus Andersen/Getty Images)

FRISCO, Texas (AP) - The Dallas Stars have acquired defenseman Connor Carrick from the Toronto Maple Leafs for a conditional draft pick next year.

Toronto made the deal Monday, sending Carrick to Dallas for a seventh-round pick in the 2019 draft. That will become a sixth-round selection if Carrick plays in 50 NHL games this season.

The Maple Leafs re-signed the 24-year-old Carrick to a $1.3 million, one-year contract in June. He had four goals and 12 assists in 47 games for Toronto last season, including three game-winning goals. He blocked 53 shots.

Carrick has played 167 games over four NHL seasons with Washington and Toronto. He had nine goals and 21 assists in his career.