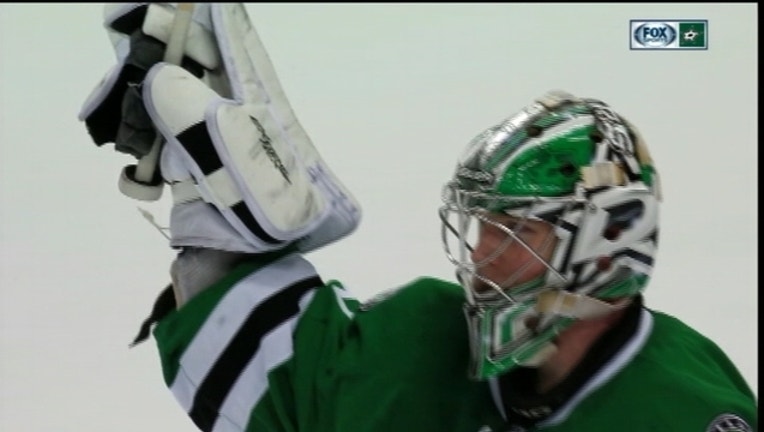 DALLAS (AP) — Antoine Roussel scored from behind the net without the puck touching a stick and Jamie Benn had an unassisted goal and the Dallas Stars beat the Minnesota Wild 2-1 on Saturday night for a 2-0 lead in their Western Conference playoff series.

The Stars scored first on Roussel's strange goal about 4 minutes into the second period, when the puck ricocheted off the skates of Ales Hemskey and Roussel without either getting a stick on it.

Benn scored on a breakaway that he ended with a backhand to make it 2-0 with 9:37 left in the game, and that was big since the Wild got their first goal of the series soon after that.

Marco Scandella scored on a slap shot from well above the left circle with 7:18 left.

The series shifts to Minnesota for Game 3 on Monday night.