Football players at South Oak Cliff High School will head to a state title game this weekend, but some of the team's key players were focused on college as they signed letters of intent on Wednesday.

The SOC Golden Bears play Liberty Hill this Saturday at 11 a.m. at AT&T Stadium. For fans who are not able to make it to the stadium, the district is hosting a watch party at Ellis Davis Fieldhouse. 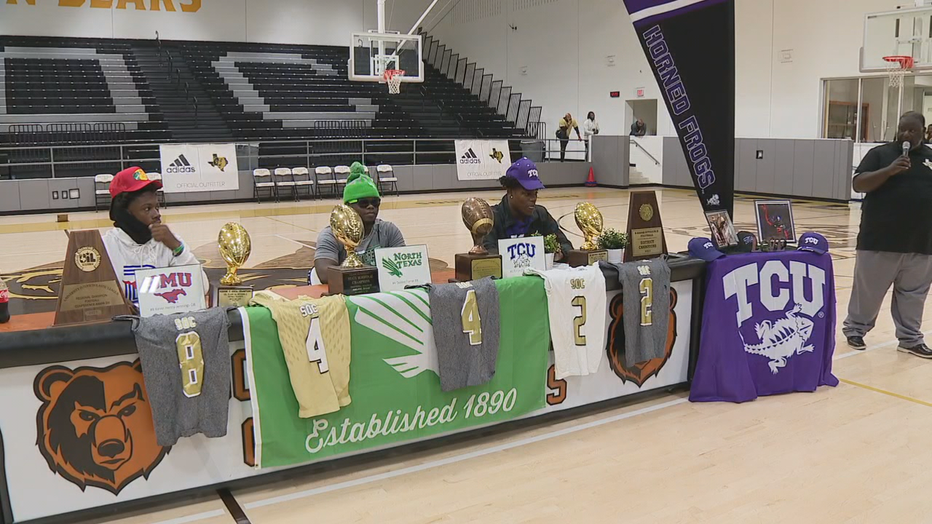