The Golden Bears are trying to become the first Dallas ISD team to win a state title in more than 60 years. FOX 4's Jeff Kolb shares their story.

DALLAS - South Oak Cliff High School’s football team will try to make some history in this weekend's playoffs. The Golden Bears are trying to become the first Dallas ISD team to win a state title in more than 60 years.

A lot has changed in the world since the last time a Dallas ISD team won it all in football.

The year was 1958 and the school was Booker T. Washington. They don’t even play football anymore.

At that time, the predominately black school wasn’t even allowed to compete in the UIL. Instead, Booker T won the Prairie View Interscholastic League title.

Now 63 years later, the South Oak Cliff Golden Bears are carrying their history and more with it. 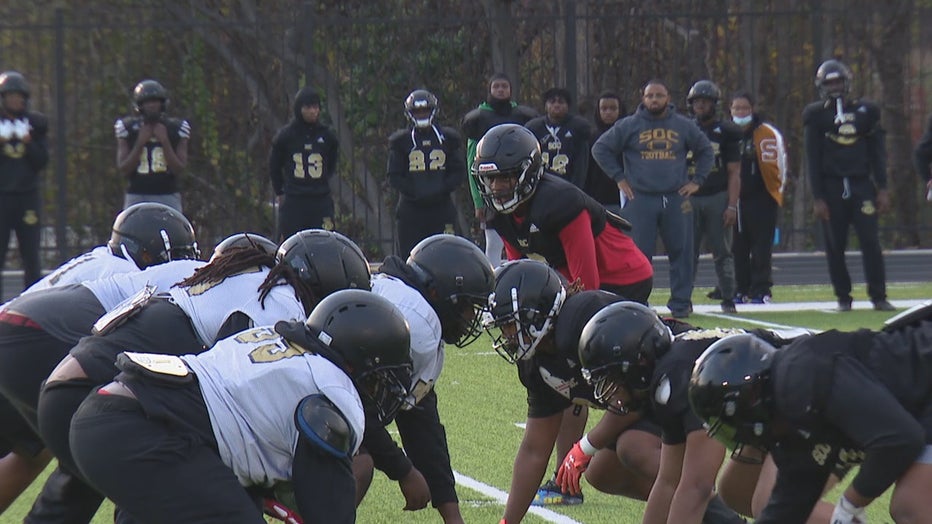 The team is two wins away from ending Dallas’ long drought.

"We see it in the newspapers, a team not winning since 1950s. That touched the whole team’s heart. That motivates us," said Malik Muhammad, a South Oak Cliff defensive back and wide receiver.

"That's even before I was even thought about so. We're just happy that hopefully we can bust the door in and finish the job," said head coach Jason Todd.

The last Dallas ISD high school to win a UIL title was Sunset High School in 1950.

And then, of course, there was the 1988 Dallas Carter team made famous by the Friday Night Lights book and subsequent movies and TV shows.

That carter team did win the championship game but had their title stripped over a grades scandal.

This season, some of those Carter players visited the Golden Bears with some advice.

"We can do something that they did, but they really didn't do so, they got it took away. They just told us that we can do it," Muhammad said.

No moment was more proof that the Golden Bears can go all the way in 5a Division II than their third-round win over Aledo. South Oak Cliff eliminated the three-time defending state champs, 33-28.

Now all that stands between South Oak Cliff and its first ever football title is two more wins.

It’s their chance to make history and bring in a celebration in Dallas, more than a half century in the making.

"It'd be great. I can just see fans flooding the field, Dallas going crazy, when we get back to school a big parade. I can see it all," Muhammad said.

Before any AT&T Stadium title game dreams can come into focus, the team will have to take care of business this Friday night in Abilene, where the Golden Bears will take the field and take on Lubbock Cooper.