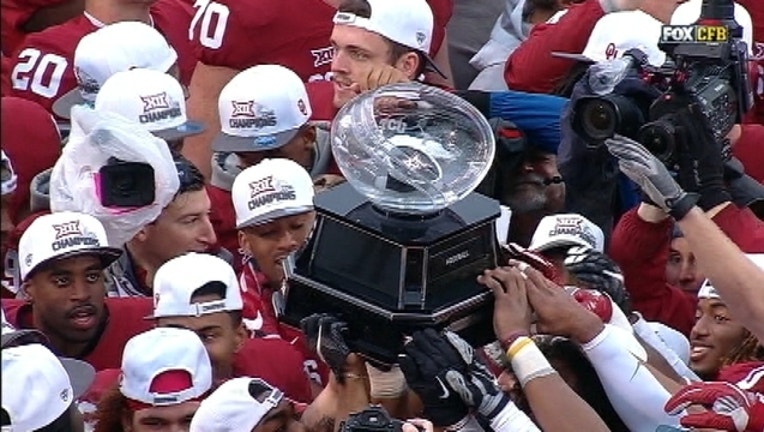 The Sooners, who last season won their record 10th Big 12 title under Stoops, got 19 of 32 first-place votes in the preseason media poll released Thursday in advance of the league's media days next week.

Lincoln Riley became the youngest FBS head coach when the 33-year-old offensive coordinator was promoted after Stoops stepped down last month. The Sooners have senior quarterback Baker Mayfield, the Heisman Trophy finalist who was named the Big 12 preseason offensive player of the year.

Oklahoma State got 12 first-place votes, while Kansas State was picked third with the remaining top ballot. Texas and TCU completed the top half of the poll, followed by West Virginia, Baylor, Texas Tech, Iowa State and Kansas.