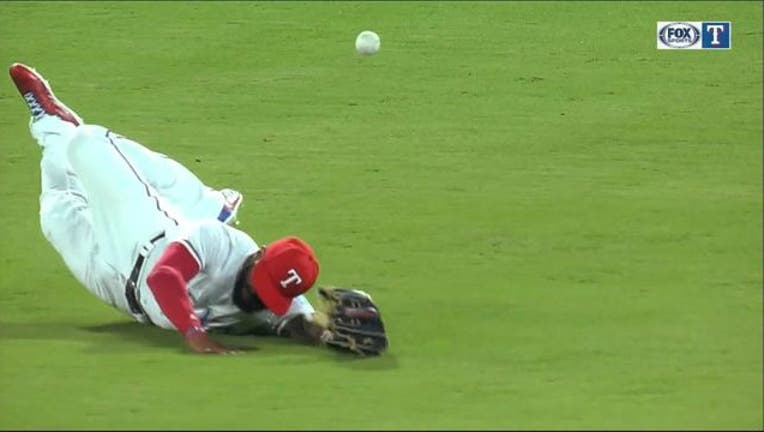 Snell (20-5) threw one-hit ball for five innings and tied the Tampa Bay record for victories in a season. David Price also won 20 in his Cy Young Award season of 2012.

No one in the big leagues won more than 18 games last season. Rick Porcello won 22 in 2016, with Max Scherzer and J.A. Happ each winning 20.

Tampa Bay has won four straight and 13 of 16 this month in a last-ditch attempt to wrest the AL second wild-card playoff berth from Oakland. The Rays began the day trailing the A's by 6 ½ games.

Texas has been shut out on a total of only six hits in the first two games of a three-game series.

The Rays scored three times in the fourth against Yovani Gallardo (8-6). Willie Adames hit a two-run homer and Joey Wendle had an RBI double.

Snell remained the AL leader in wins over Cleveland's Corey Kluber, who won his 19th on Tuesday night.

Gallardo pitched in and out of trouble in his five innings, allowing eight hits and three walks. He benefited from three of the Rangers' four double plays.

Rays: LF Tommy Pham played despite groin and finger injuries. "There's guys that wouldn't be playing with the injury that he had in his finger," manager Kevin Cash said.

Rangers: OF Joey Gallo missed his second game since fouling a ball off his right little toe over the weekend in San Diego. Manager Jeff Banister said, "I don't foresee it lingering."

Rangers: LHP Yohander Mendez (2-1, 3.86) will start the final game in the three-game series on Wednesday afternoon.