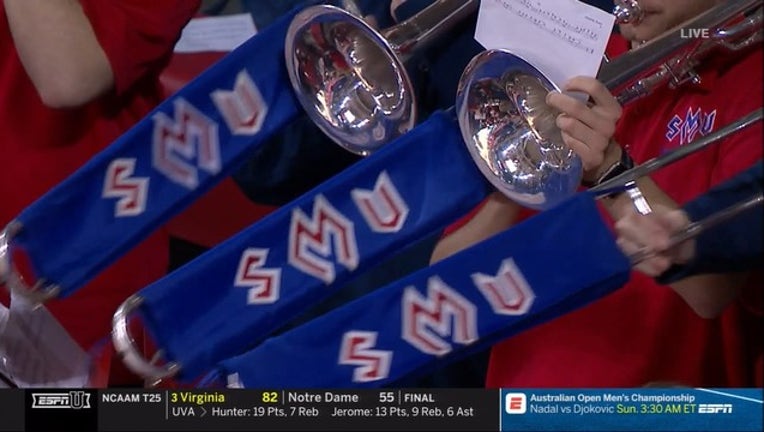 The Mustangs swept the season series with the Green Wave.  SMU has not lost at home to Tulane since December 7, 1991.

Tulane never led in the first meeting in New Orleans, but the Green Wave held a 35-32 advantage at the break in Dallas after Kevin Zhang hit a 3 at the buzzer and was up by five, 53-48 with 11:09 to play. Nat Dixon hit a 3 to tie it at 54-54 and spark a 9-0 run that put the Mustangs up, but Tulane came back to tie at 60-60 with under seven minutes to go. McMurray hit two free throws and Dixon added two more to put the Mustangs in front for good.