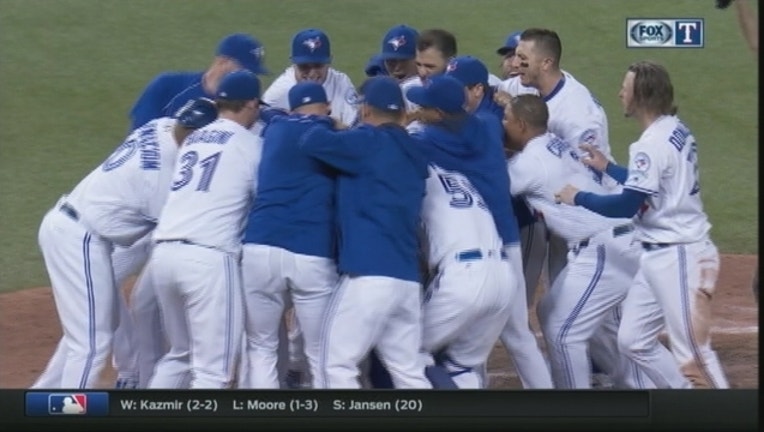 TORONTO (AP) — Justin Smoak's first two home runs of the season, a tying drive in the ninth inning and two-run shot in the 10th, led the Toronto Blue Jays over the Texas Rangers 3-1 on Tuesday night.

The lead stood until Smoak connected on Shawn Tolleson's third pitch of the ninth inning, a drive over the scoreboard in left center-field.

Edwin Encarnacion singled against Phil Klein (0-1) leading off the 10th, Troy Tulowitzki struck out and Smoak homered to left. Toronto won despite going 0 for 9 with runners in scoring position.