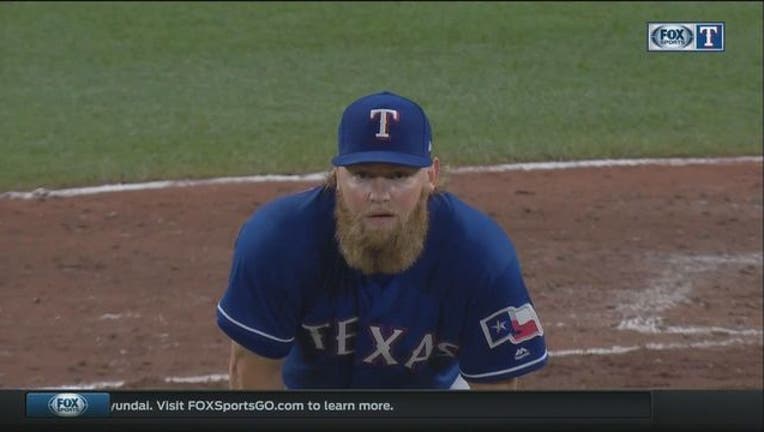 BALTIMORE (AP) - Seth Smith hit a tiebreaking homer in the seventh inning and the Baltimore Orioles used a strong performance by its struggling pitching staff to beat the Texas Rangers 3-1 Monday night.

Smith connected off Andrew Cashner (4-8) to make it 2-1, Baltimore's first lead since the All-Star break following a three-game sweep by the Chicago Cubs. Baltimore yielded 27 runs in that series, including 21 by the starters over 11 1/3 innings.

In this one, Chris Tillman allowed one run and two hits over six innings. It was the right-hander's best performance since his season debut on May 7, when he blanked the White Sox over five innings in what remains his only win over 12 starts.

Richard Bleier (2-1) pitched a scoreless seventh, Mychal Givens had a perfect eighth and Brad Brach completed the three-hitter for his 16th save.