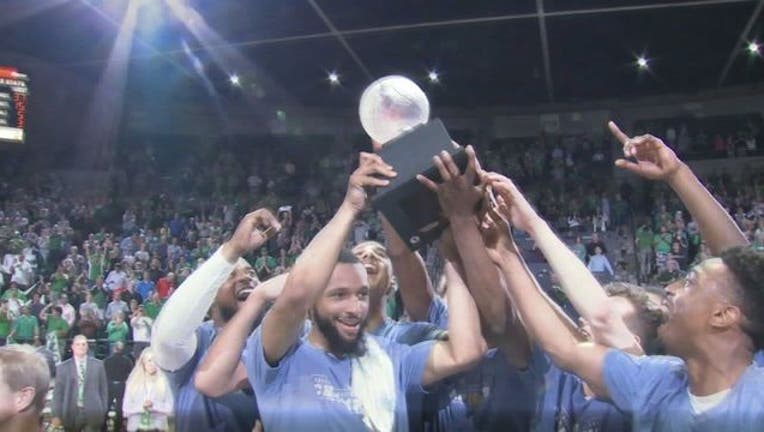 DENTON, Texas (AP) - Roosevelt Smart scored 25 points and made all 14 of his free throws, leading North Texas over San Francisco 88-77 Friday night in the deciding Game 3 of the College Basketball Invitational finals.

The Mean Green (20-18) lost the opener in the best-of-three matchup, but won 69-55 Wednesday to set up the championship game.

Four of Smart's points came during an 8-1 run in the second half after USF rallied within 52-51. He was fouled while shooting for the first two free throws, then added two more when San Francisco coach Kyle Smith drew a technical foul.

Jorden Duffy scored 14 points and A.J. Lawson and Michael Miller each had 12.

San Francisco played without center Matt McCarthy, who was injured in Game 2.

San Francisco: The Dons won their home game in the finals but lost both games at UNT. They stayed in the final game by making 12 3-pointers, bringing their season total to 333.

San Francisco has had consecutive 20-win seasons for the first time since 1982. A third season wouldn't be a stretch. Foster is one of only two Dons seniors.

North Texas also has only two seniors, and neither scored in the two home games in the series. The CBI title could portend bigger things. The 2015 and 2016 champions, Loyola and Nevada, reached at least the Sweet 16 in this season's NCAA tournament.