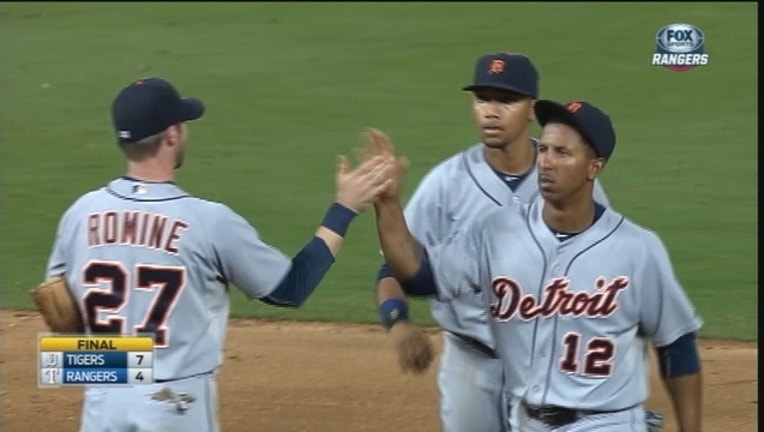 It's Texas' longest losing streak since mid-August. The Rangers went into Monday's play leading the AL West by 2 1/2 games over the Astros, who played later Monday at Seattle.

Verlander (5-8) gave up a leadoff homer to former Detroit teammate Prince Fielder in the fourth. He allowed six hits and walked two while striking out five.

Collins, who graduated from Justin Northwest High School about 45 minutes from Globe Life Park, pulled his fourth homer of the season down the right field line to break a 1-1 tie. The homer followed a leadoff single by Dixon Machado and a double by Anthony Gose.