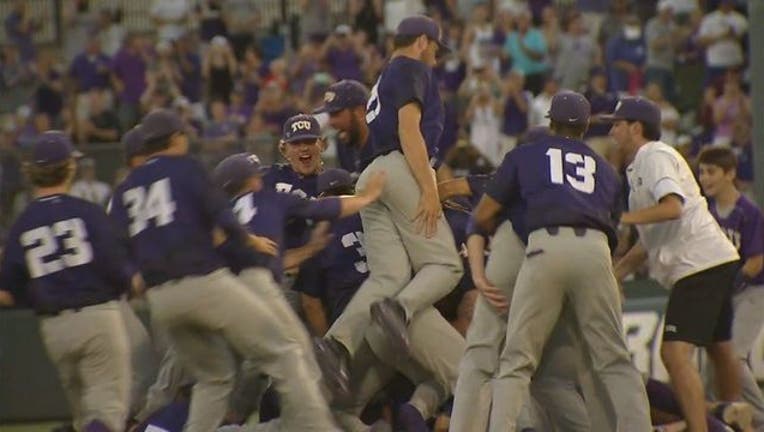 Skoug's two-run homer gave the Horned Frogs (47-16) a 4-1 lead in the third inning after his two-run shot in the eighth of the opener erased a one-run deficit and sent TCU on the way to its first super regional sweep.

Howard (11-3) won his fifth consecutive NCAA Tournament start going back to last season, striking out 11 in 7 1/3 innings to help TCU become the first school since North Carolina (2006-09) with four straight trips to Omaha.

It's the fifth CWS bid for the Horned Frogs, all since 2010. TCU, the No. 6 national seed, is looking for its first championship.

Hunter Steinmetz hit a leadoff homer for the Bears (43-20), who were trying for the second College World Series berth after knocking off host Arkansas in the Little Rock Regional. The other CWS trip was in 2003.