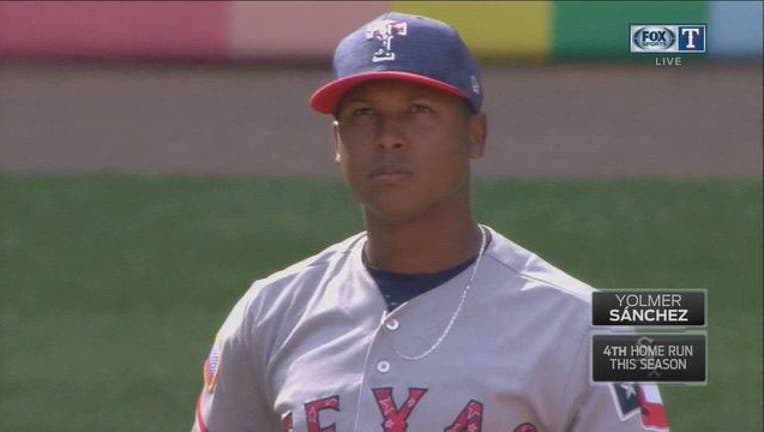 CHICAGO (AP) - Yolmer Sanchez hit a two-run home run with two outs in the eighth to rally the Chicago White Sox to a 6-5 win over the Texas Rangers on Sunday.

The Rangers had the bases loaded in the ninth, but David Robertson (4-2) struck out Carlos Gomez to end the game.

Todd Frazier walked with one out in the eighth and, two batters later, Sanchez drove the ball to right-center off Texas reliever Jose Leclerc (1-2) for his fourth homer of the season. It handed the Rangers bullpen its American League=leading 17th blown save.

Jonathan Lucroy had given the Rangers a 5-4 lead with a two-run single in the fifth.