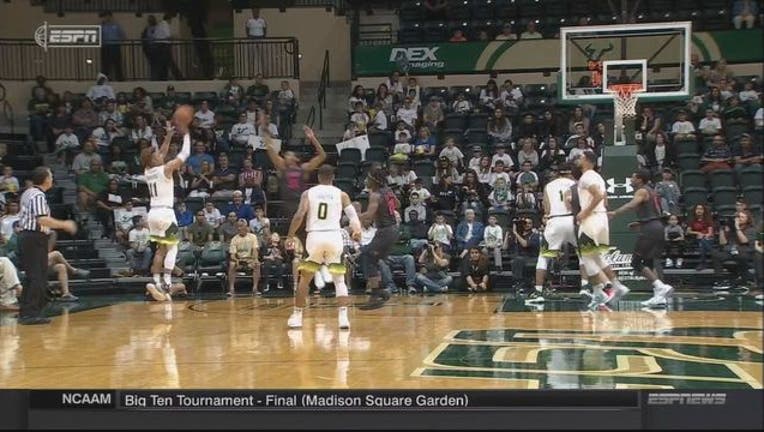 South Florida (10-21, 3-15), with a two-game win streak, enters the American Athletic Conference Tournament as the 12th seed which starts Thursday in Orlando, Florida. SMU (16-15, 6-12) will be seeded ninth. The Mustangs now have dropped three straight.

The Bulls trailed 27-22 at halftime before going on a 16-4 run to start the second half and led the rest of the way. South Florida later put together an 11-4 run and led 55-42 on Collins' layup with seven minutes left. Stephan Jiggets scored 14 points and Terrence Samuel grabbed 12 rebounds and distributed five assists.