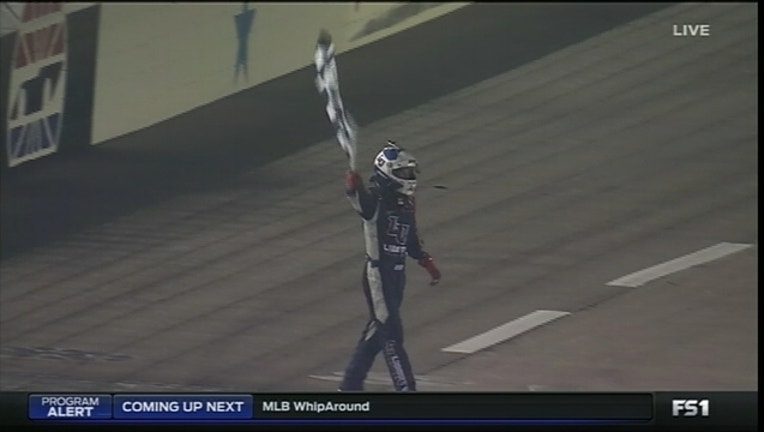 It was the second career victory for the 18-year-old Byron, who graduated from high school last month.

Crafton, the two-time series champion racing the day before his 40th birthday, led 133 of 167 laps at the 1 1/2-mile, high-banked track where he had won the past two June races. He had overcome a cut rear tire in the early laps that damaged the truck and forced him to restart 25th.

Byron joined Crafton as the only multiple winners through the series' first seven races this season. Crafton, who finished as the runner-up, had won the last two.