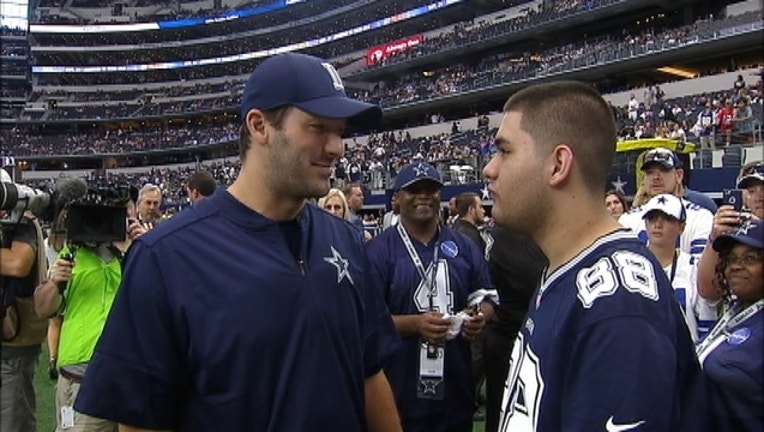 FRISCO, Texas (AP) — Rookie quarterback Dak Prescott moved the Dallas offense in his debut, early when the Cowboys kept settling for field goals, and late when a mental error in the final seconds prevented a try for a long kick in a 20-19 loss to the New York Giants .

The problem is, Dallas still can't find a way to win without Tony Romo.

The Giants bottled up both Prescott's rookie partner in the backfield, running back Ezekiel Elliott, and 2014 All-Pro receiver Dez Bryant. Oh, and a defense that never seemed to get a big stop during a 4-12 season last year failed again in the fourth quarter.

With another NFC East opponent looming Sunday in Washington, the Cowboys are searching for the same answers they were a year ago when they went 1-11 without the injured Romo. The 36-year-old is likely to miss at least another month after breaking a bone in his back in the preseason.

"I think we have a chance to be a good team this season," owner and general manager Jerry Jones said. "A lot of it has to do with what I saw from Dak and really what I saw overall. We did some good things defensively, too."

Elliott was limited to 51 yards on 20 carries, and consecutive 8-yard runs were his longest, including one for his first NFL touchdown. Even with the Giants focusing on the fourth overall pick, Bryant was held to one catch on Prescott's first pass.

Bryant did have a catch-that-wasn't moment similar to the 2014 playoffs against Green Bay when a 24-yard touchdown was overturned by replay. Another deep throw to Bryant in the end zone was broken up.

"That's a guy they're going to game-plan against," Prescott said. "They might be happy about taking some catches away, but we had some chances. We'll continue to attack Dez and go after them in those coverages when they give them to us."

Repeatedly in the fourth quarter last season, the Dallas defense couldn't get key stops either to protect leads or give the offense a chance for a rally.

While Brandon Carr set up the only Dallas touchdown with his first interception since Thanksgiving 2013, he also turned Victor Cruz loose in the end zone for the winning score on third down with 6:13 remaining. The Cowboys had stopped the Giants four straight times before the decisive drive that started near midfield.

Something else had a familiar feeling to last year: one of those what-just-happened plays. Instead of getting out of bounds with no timeouts and less than 10 seconds to go, receiver Terrance Williams turned upfield trying to make a potential winning kick even shorter. The game ended at the New York 40 with Prescott unable to get a snap before time expired.

So now, the Cowboys have to work to avoid another familiar feeling: early-season losses piling up while Romo watches from the sideline.

"I think there's a lot of confidence in this locker room," said tight end Jason Witten, who combined with Cole Beasley for 17 of Prescott's 25 completions with the Cowboys working mostly underneath the New York defense. "We'll learn from it. That doesn't minimize the loss."

Especially when it was so similar to the 12 from last season.