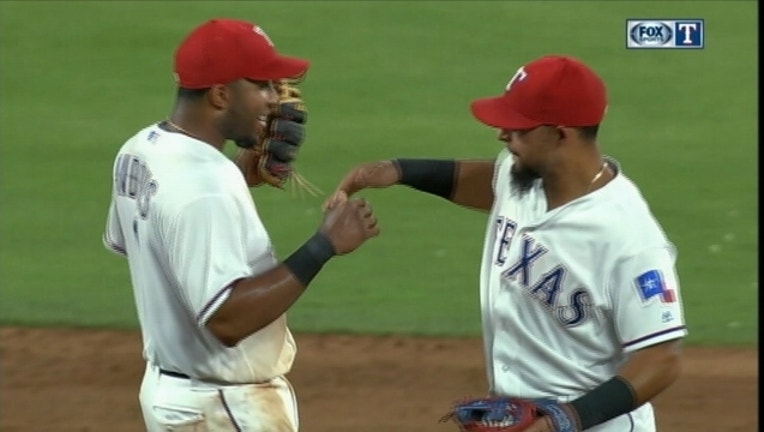 Texas extended its season-best winning streak to seven games, the last four being one-run decisions. Since the makeup of an April 17 rainout counted as a series, the AL West-leading Rangers stretched their club record to 10 consecutive series wins — the longest in the American League since Tampa Bay's 10 in a row three years ago.

Desmond's 11th homer was a solo shot in the third, an inning before Bobby Wilson ended a 10-pitch at-bat with a sacrifice fly and Choo followed by lining a single to right off Kevin Gausman (0-5) for a 4-3 lead.