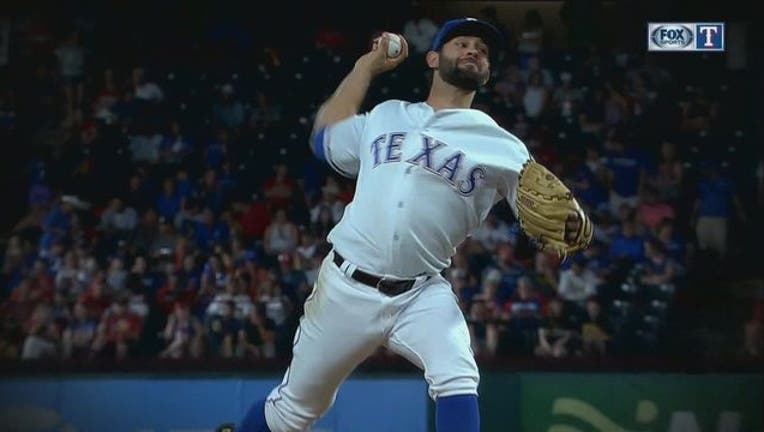 Toronto beat two-time defending AL West champion Texas in a Division Series each of the past two seasons, as the AL East winner in 2015 and as a wild-card last year.

Delino DeShields led off for the Rangers with a bunt single and scored on an RBI groundout by Beltre before Gomez's seventh homer and run-scoring hits from Jonathan Lucroy and Mike Napoli.

Martinez (2-3) didn't allow more than one baserunner in any inning, giving up one run and striking out two in 6 1/3 innings for the right-hander's first win since May 19 at Detroit.