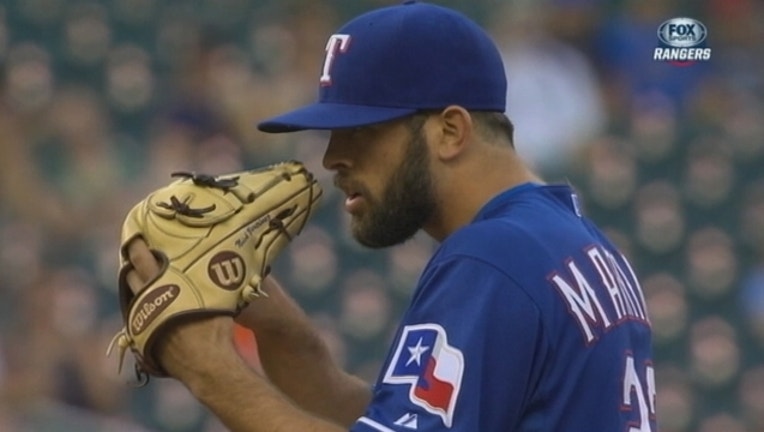 ARLINGTON, Texas (AP) — The Texas Rangers have recalled right-hander Nick Martinez from Round Rock and optioned right-hander Spencer Patton to that Triple-A team.

Texas made the move Thursday, a day after Patton gave up five runs without getting an out in the Rangers' 12-4 loss to Toronto.

Patton has a 9.00 ERA in 27 relief appearances over three stints with the Rangers this season.

Martinez provided some needed depth in the bullpen for the series finale against the AL East-leading Blue Jays.

As a starter earlier this season for Texas, Martinez was 7-7 with a 4.09 ERA in 21 games. He has made five major league relief appearances, all last season, when he allowed only one run in 11 2-3 innings of relief.