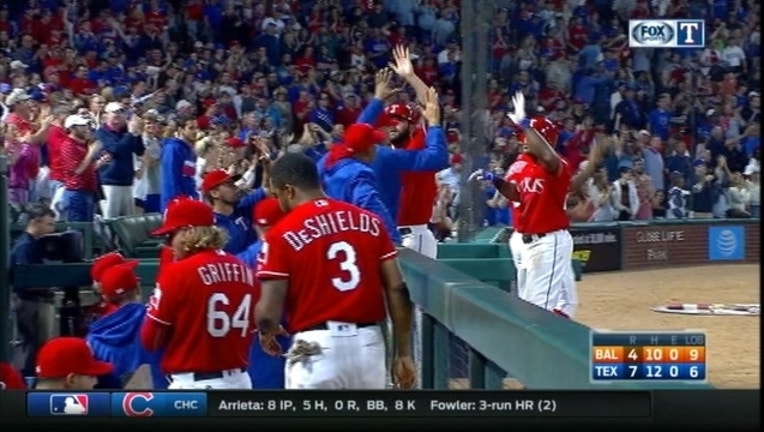 Delino DeShields and Nomar Mazara each had three hits for the Rangers. Mazara, promoted from Triple-A Round Rock last week, has two three-hit games in seven starts.

Keone Kela (1-0), who turned 23 on Saturday, worked a scoreless seventh inning in relief, striking out two and walking one.

A.J. McFarland (0-1) took the loss after retiring only one of the four batters he faced in relief of starter Yovani Gallardo.