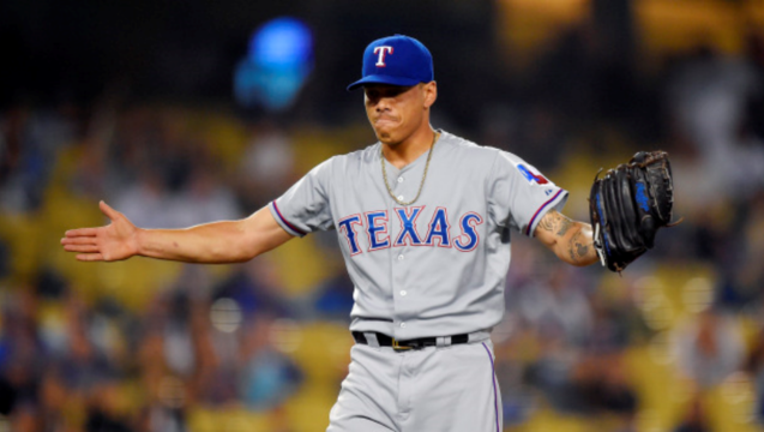 CHICAGO (AP) — Texas Rangers reliever Keone Kela has undergone arthroscopic surgery on his right elbow to remove a bone spur and will be sidelined about three months.

The procedure was performed by Dr. Keith Meister in Arlington, Texas, on Friday, a day after Kela was placed on the disabled list. The 23-year-old right-hander experienced pain Tuesday when he pitched against Houston, his seventh outing of the season.

Texas called up right-hander Phil Klein from Triple-A Round Rock on Thursday to replace Kela.