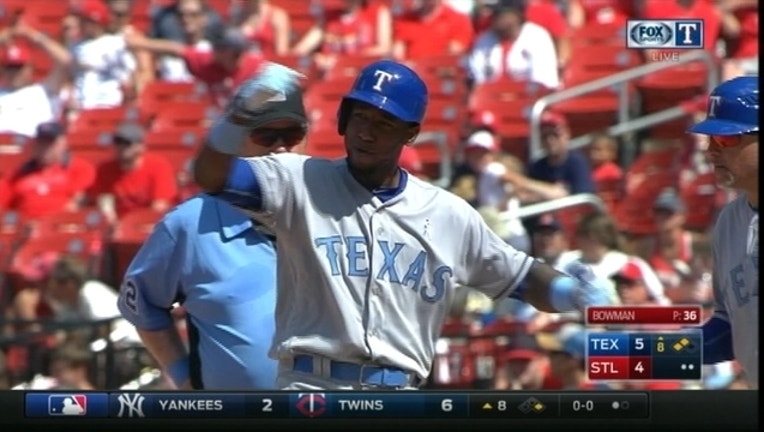 ST. LOUIS (AP) — Jurickson Profar hit a two-run, bases-loaded pinch-hit single in the eighth, lifting the Texas Rangers to a 5-4 victory over the St. Louis Cardinals on Sunday.

It was Profar's first pinch-hit at-bat this season.

Texas swept the three-game series and has won six in a row and eight of its last nine games. The Rangers are 14-4 this month and they improved to an MLB best 16-4 in one-run games this season.

St. Louis has lost five in a row — all at home. It was the first winless homestand of at least two series for St. Louis since 1983.

With two outs in the eighth, Rougned Odor doubled off reliever Matt Bowman (1-2). An intentional walk and a fielder's choice loaded the bases. Profar hit for reliever Tony Barnette. Batting left-handed, Profar lined a 2-2 pitch into left to drive in the winning runs.

Barnette (4-2) pitched 1 2/3 innings in scoreless relief for the win. Sam Dyson pitched the ninth for his 13th save in 14 chances.