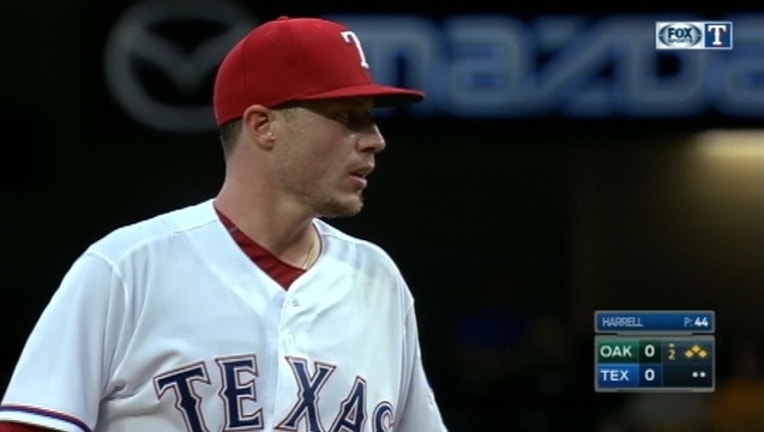 ARLINGTON, Texas (AP) — Rangers right-hander Lucas Harrell has been placed on the 15-day disabled list a day after coming out of his start with a right groin strain.

Texas made the move before its series finale Wednesday night against Oakland, also recalling right-hander Nick Martinez from Triple-A Round Rock.

Harrell faced only 12 batters Tuesday night and left after two innings in his fourth start since the Rangers acquired him in a trade from Atlanta three weeks ago. The right-hander is 1-0 with a 5.60 ERA in 17 2/3 innings since the trade.

Texas also announced its pitching rotation for the upcoming weekend series at Tampa Bay, with All-Star lefty Cole Hamels going Friday before A.J. Griffin and Martin Perez after that.