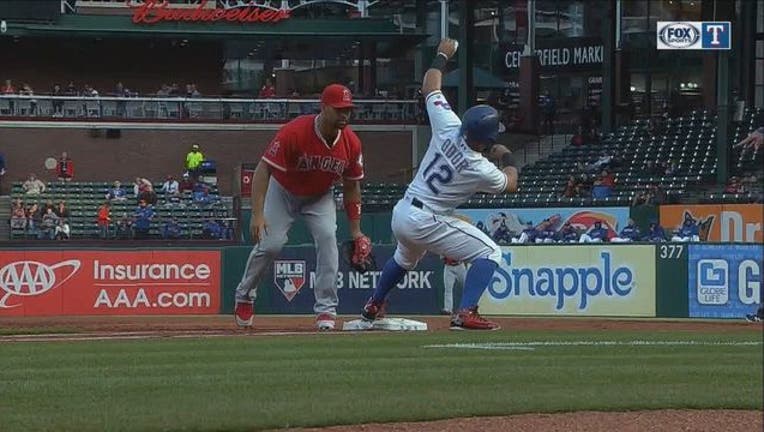 ARLINGTON, Texas (AP) - The Texas Rangers have placed second baseman Rougned Odor and right-hander Doug Fister on the 10-day disabled list after both aggravated injuries in the series opener against the Los Angeles Angels.

Right-hander Tony Barnette was activated from the 10-day DL and infielder-catcher Isiah Kiner-Falefa was recalled from Triple-A Round Rock before Tuesday night's game.

Odor is expected to be out three weeks with a left hamstring strain. He tweaked the hamstring taking a throw in a game last week, and left Monday night when he came up lame after scrambling back to first base on a short flyout to right in the first inning.

Fister will be out two to three weeks because of a right hip strain. He left Monday night's start against the Angels after five innings. The right-hander had felt some symptoms of the hip issue for a few weeks.