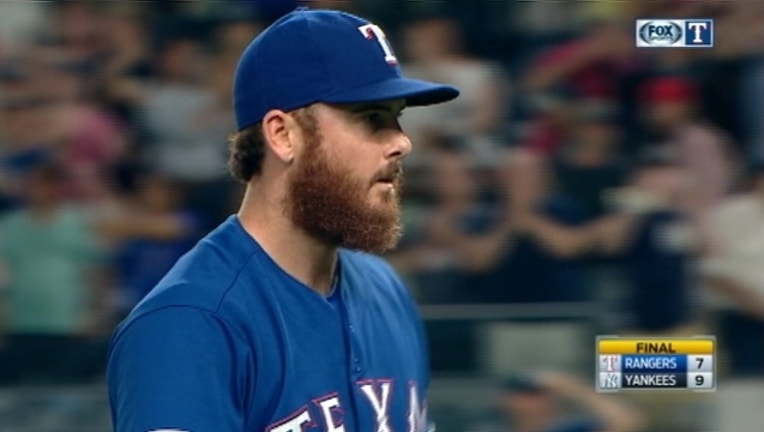 OAKLAND, Calif. (AP) - The Texas Rangers placed right-hander Sam Dyson on the 10-day disabled list with a right hand bruise Monday, one day after the closer blew a save for the third time this season.

According to manager Jeff Banister, Dyson was hurt while trying to field a comebacker in the ninth inning of Sunday's 8-7 loss in Seattle. Dyson allowed two runs in the inning despite not allowing a ball out of the infield and suffered his third loss.

Dyson is expected to go on a rehab stint in the minors once his hand is healthy.

Right-hander Keone Kela was recalled from Triple-A Round Rock.