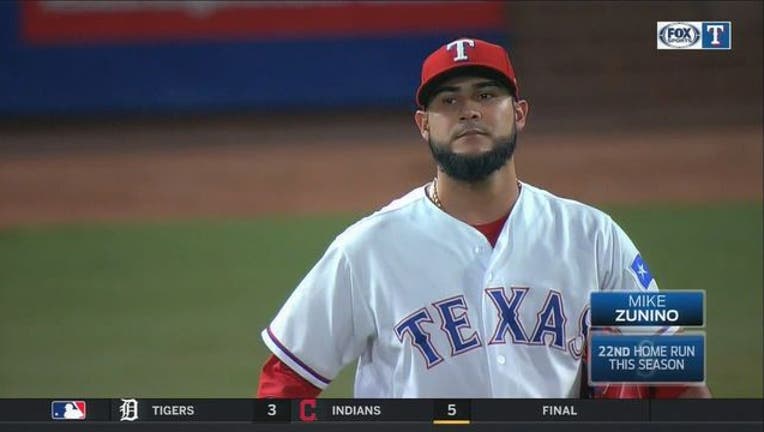 ARLINGTON, Texas (AP) - Texas Rangers left-hander Martin Perez broke his non-pitching elbow in a mishap with a bull and is likely to miss the start of the season.

Perez had surgery Monday in Dallas and is expected to start throwing in about a month. The Rangers said Tuesday the 26-year-old won't be ready for games for about four months, which could push his season debut into May.

The injury occurred on Perez's ranch in his native Venezuela. General manager Jon Daniels said Perez told him he was startled by a bull and fell on the elbow.

Perez was 13-12 with a 4.82 ERA in a team-high 32 starts. After missing most of the 2014 and 2015 seasons because of reconstructive surgery on his left elbow, Perez has led the Rangers in starts each of the past two seasons.