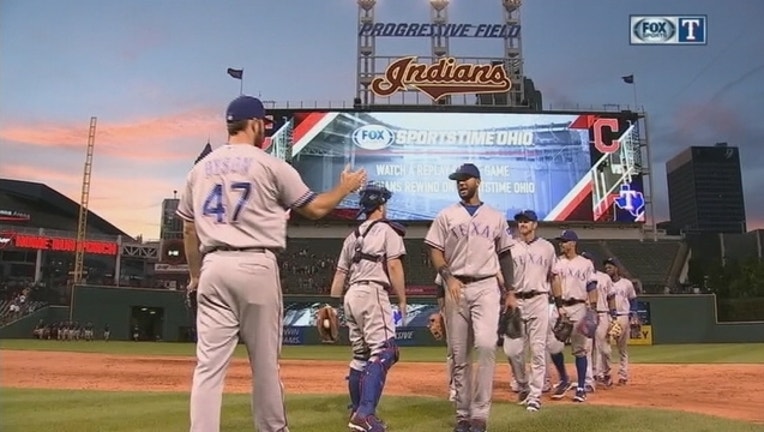 CLEVELAND (AP) — Colby Lewis allowed two hits over six shutout innings, leading the Texas Rangers over the Cleveland Indians 7-3 on Tuesday night and improving to 5-0 for the first time in his major league career.

Bryan Holaday and Jurickson Profar homered off Corey Kluber (4-6), and the AL West-leading Rangers won for the ninth time in their last 11 games.

Lewis has won his last three starts and has pitched at least six innings in 10 of 11 outings this season. The 36-year-old right-hander gave up singles to Lonnie Chisenhall and Rajai Davis in the third. He is 3-0 and has allowed five earned runs over 26 innings in five road starts.

Sam Dyson got two outs for his sixth save.