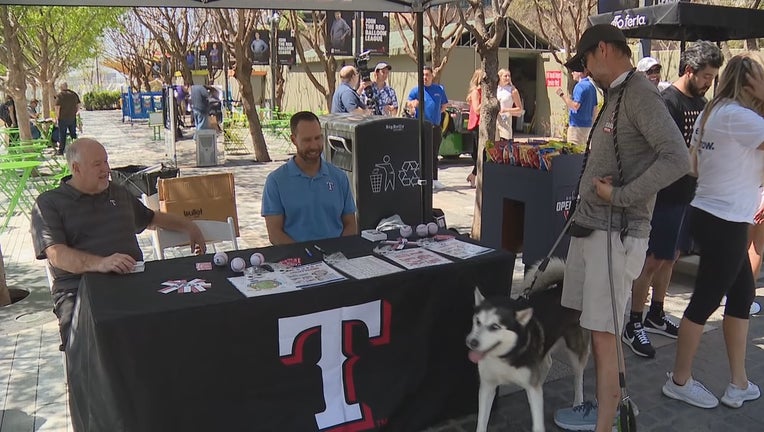 DALLAS - The Texas Rangers gave fans a preview of the excitement they hope to bring to the field this year.

The team hosted fans at Klyde Warren Park in Downtown Dallas on Tuesday.

Fans got to taste baseball snacks and were given collectibles.

The Rangers hope to post a winning record this year for the first time since 2016.

"Ya know, everybody's had a lot of problems over the last couple of years with COVID and everything. And now to have everyone come to the ballpark, it's gonna feel like normal again. And people cheering for the rangers, that's a good thing," he said.

They start the regular season Friday in Toronto.

The home opener is Monday.