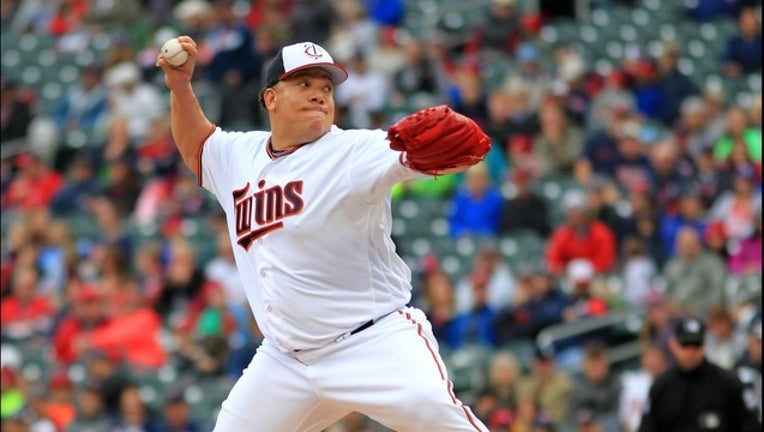 Bartolo Colon #40 of the Minnesota Twins pitches against the Detroit Tigers in the first inning during their baseball game on October 1, 2017, at Target Field in Minneapolis, Minnesota.(Photo by Andy King/Getty Images)

ARLINGTON, Texas (AP) - Bartolo Colon has agreed to a minor league contract with the Texas Rangers, and the 44-year-old right-hander will attend big league spring training.

Colon would get a $1.75 million, one-year contract if added to the 40-man roster under the terms of the deal agreed to Sunday and could make an additional $1.3 million in performance bonuses based on innings.

Colon has 240 victories in 20 seasons with 10 teams, including the Montreal Expos. The portly right-hander has posted 21 wins against Texas, the most by any pitcher.

"Bartolo brings a track record of durability and success in the major leagues. He pounds the strike zone and provides quality competition for our rotation," Rangers general manager Jon Daniels said. "Welcome to Texas, Big Sexy!"

A four-time All-Star, Colon won the 2005 AL Cy Young Award with the Angels.

Texas was 78-84 last year. Rangers pitchers and catchers are set to hold their first spring workout Feb. 15 in Surprise, Arizona.