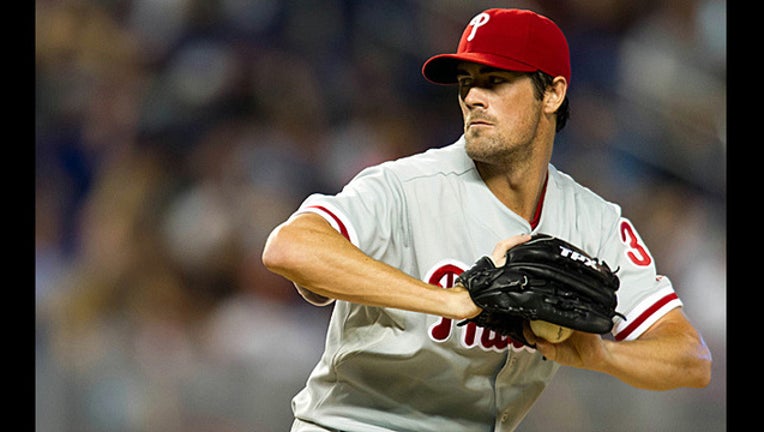 ARLINGTON, Texas (AP) - The Rangers have gotten another ace, completing their trade to acquire pitcher Cole Hamels from Philadelphia Phillies.

Texas obtained the left-hander in an eight-player deal announced Friday before the non-waiver trade deadline.

The Rangers sent six players to Philadelphia, including lefty Matt Harrison and three top prospects. Texas also gets left-handed reliever Jake Diekman and cash. Hamels is due $22.5 million per season through 2018 with a club option for 2019.

Hamels, the 2008 World Series MVP, is the first pitcher in major league history traded during a season immediately after throwing a no-hitter. He no-hit the Chicago Cubs last Saturday at Wrigley Field.

He is set to make his Texas debut at home Saturday against San Francisco.

Texas also has Yu Darvish signed through 2017. The Japanese ace is missing this season after elbow surgery in March.